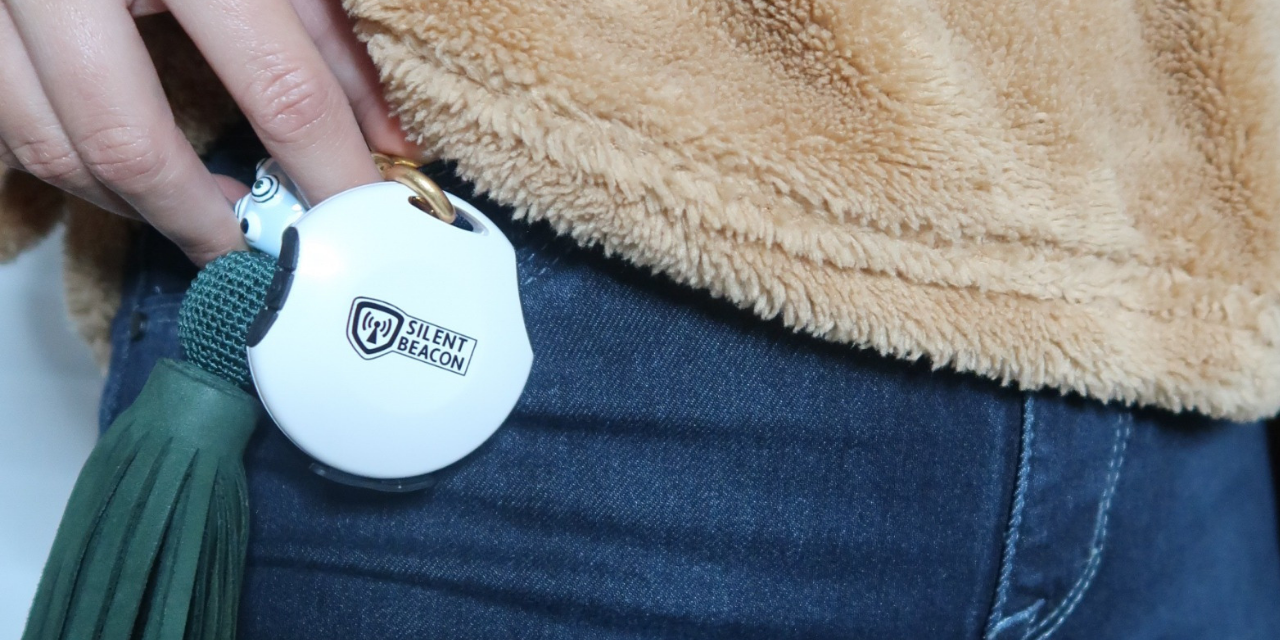 Response time and ease of use in emergency situations can be a life and death situation. In the current age, it is about high functioning tools that can be monitored by others but can also be armed in an emergency, to send out an SOS.

With Silent Beacon, the tech builds on what has been available but with it a more robust response and stealthy appearance. The invention of the product was the result of a real life necessity.

CEO and founder Kenny Kelley, who previously worked as a motorcycle stuntman, had a wreck one day. He couldn’t reach his cellphone in his pocket. Though he survived, he thought to himself, at that moment if there was a way to beam his situation immediately to his loved ones, rescue would have been much easier.

Later, he heard on the news about a lady that had been kidnapped and put in a trunk. Also of a college girl who went missing in Virginia and was found dead.

Kelley’s response was, “why don’t we just have a device that connects to our smartphone where you just press a button and it does everything all at once.” He started with an app then came up with patentable processes which led to the product.

In creating Silent Beacon, Kelley said it had to be redesigned three or four times. One of the triumphs Kelley is proud of is the many different levels that SB works on.

A key selling point is that Silent Beacon doesn’t incur any monthly fees because it is connected through Bluetooth via smartphone. It also updates wirelessly from the app.

The panic button itself is customizable to dial the number requested in an emergency, including 911. It can also send GPS location data in real-time. It can via text, email, and push notifications directly to contacts or emergency alerts services.

When an emergency occurs, the victim or patient can press a button. Silent Beacon won’t only call the emergency alerts contact, it will also cause that person’s SB device to glow showing their loved one or close friend is in emergency alerts mode. “It gets you out of that whole loop of ‘I couldn’t hear my phone’ or ‘it didn’t ring.’ Silent Beacon is always going to let you know that someone is in trouble,” Kelley said.

He said that a lot of men might say, “I’ll just use my cellphone if I’m in an emergency.”

But he cautions that it takes only a second to smack a phone out of someone’s hand. Silent Beacon, Kelley said, is a discreet way to broadcast an alert.

He cites domestic violence incidents and prevention as another application for Silent Beacon. “Women have it in their pocket. You can actually hold down one of the buttons. And silence it so people on the other end can still hear you but it looks like the battery’s dead. It looks like nothing’s happening. So it’s playing possum in your pocket.”

For the older demographic, Kelley says there is a version that has bigger buttons that are indented. That way it is not incorrectly activated.

“And you only have to hit one for it to send the emergency,” whereas, on the younger tiered version, both buttons need to be pressed “again it’s to avoid false alarms.”

Swimming Pool Safety Tips for You and Your Family
July 14, 2020
Recent Posts
Categories